Why Can’t I Afford A Home Loan Even With Low Interest Rates?

From time to time I hear people say things like “I am paying $450 per week rent and because interest rates are so low at the moment, the repayments on a $390,000 home loan are about $445 per week. So I can afford it. But the banks say I can’t. It doesn’t make sense.”

When banks work out whether you can afford a loan or not they don’t base the repayments on the actual rate you borrow the money at – which is 4.3% in the example above.

They build a buffer into their calculations to make sure you can still afford the loan when rates eventually start to go up again. They load up the interest rate to 7.5% or more and use the repayments at that rate in their affordability test. In the above example that would be $630 per week compared with the actual weekly repayments of $445.

It makes sense that banks don’t want to put people into loans that become unaffordable down the track but it’s not pleasant to miss out on a loan when you think you have qualified.

To find out your real borrowing power and avoid being knocked back by a bank, it is best to contact a mortgage broker. Call Paul on 0403344127.

Hi, I’m Paul Malia; your local, dependable home finance broker. Buying a home is often the biggest financial decision that people make in their lifetime. If you need a mortgage broker in Kawana, Maroochydore or anywhere on The Sunshine Coast, contact me for personalised advice.

We're not around right now. But you can send us an email and we'll get back to you, asap. 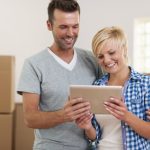 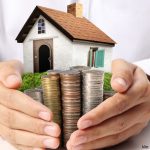 How Can I Ever Save the Deposit To Buy a House?Uncategorised